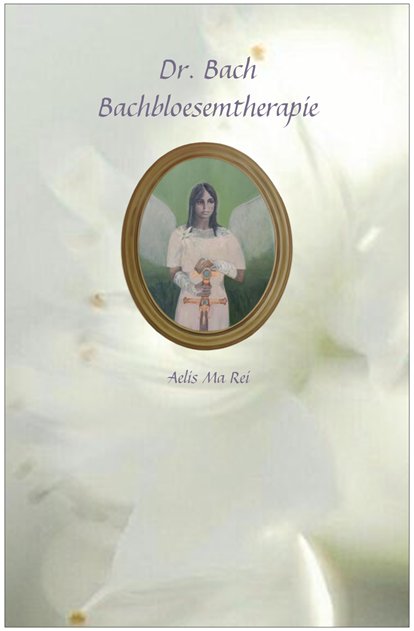 Dr. Edward Bach was a famous English physician bacteriologist and homeopath. He had a busy practice in Harley Street in London. As a homeopath he believed that a natural remedy is also for every ailment in addition to traditional medicine. Over the years, his interest in plants increased. He believed that the dew that lay on the flowers, absorbed the healing powers of the plant and therefore he collected the dew as medicine for his patients. Later he devised a way to produce healing dew himself. In the bright sunlight he had freshly picked flowers floating on pure spring water for some time. The fluid thus obtained gave the same result as the natural dew.

Even today, the same production methods are used in the Dr. Edward Bach Centre in Oxfordshire. Even now it is under strict quality control and according to the original methods and requirements of this mother of Dr. Bach essences the Bach flower remedies and only this may be sold under the name called Bach flower remedies.

When Dr. Edward Bach was seriously ill in 1917, he discovered intuitively the unique medicinal properties of plants and what ailments they could cure. He knew to heal itself and many others followed. Over ninety years later the Bach Flower Remedies are still in the spotlight.

” Let’s start looking at what attracts us most in life and actually do it. Let it be such a unit with ourselves that it is as natural as breathing, as natural for a bee to collect honey and for the tree to drop leaves in the fall and produce new leaves in the spring. If we study nature we see that every creature, every bird, tree or flower has its own role to play, his or her own special effort and activity that has the whole universe enriched “Edward Bach nature “.

Bach flower therapy is a natural and highly effective holistic healing. in the treatment, we look at the whole person and not just at the symptoms of the disease. It is based on the principle that every illness comes from an imbalance of the individual, whether physical or mental, and that nature has already provided medicines in the form of plants, spring water, fresh air and sunlight. 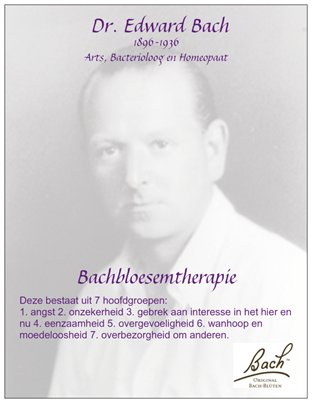 Dr. Edward Bach found a way to put together 38 wild flower remedies that can help to show the positive aspects of ourselves. For each remedy fits a certain mood (mood / emotion) and so every remedy has a specific effect on the mind, through the energetic layer. The remedies are almost all made from the blossoms of wild growing plants, flowers and shrubs. The only remedy not derived from blossom is Rockwater, it is prepared with water from a natural source. For emergencies, there is the Rescue Remedy (the 39th) this is a composition of five remedies. The flower remedies can be applied in isolation, but also in addition to the other given treatments such as Healing and Reiki to intensify the healing and support.