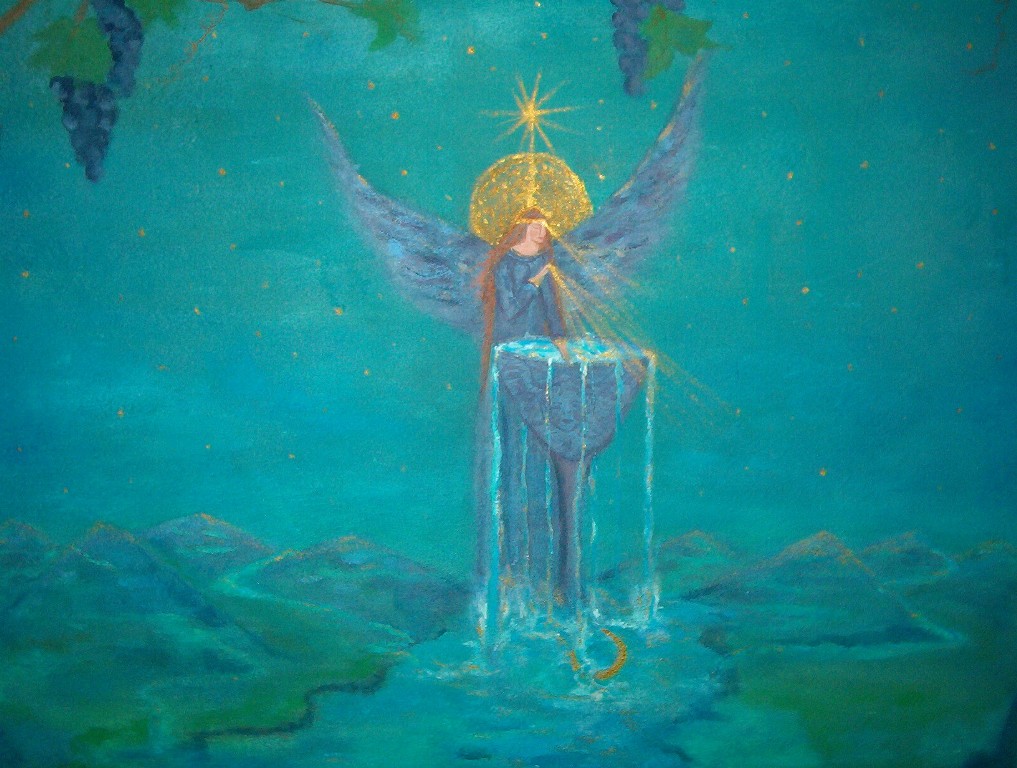 “Rainbows are a demonstration of all colours combining together into wholeness and illustrate that seperateness is an illusion. A rainbow indicates that all paths that are harmonious are ways to wholeness, all races are part of a greater unity and all paths that create beauty are deserving of respect”.

“I see a time of seven generations when all the colors of humanity come together again under the sacred tree of life and the whole earth becomes a circle again. On that day there will be still people amongst the Lakota who still experience the knowledge and understanding of unity under the then still living creatures. Young whites will be the one who will come to my people and will ask them for their wisdom.
I greet the Light in your eyes, in which the entire universe lives. When you find yourself in this center and I am from this place in me, we will be one.”

History
Chief Henry Red Cloud is a 5th generation direct descendant of the famous Lakota Chief Red Cloud, who received a lot of respect during the legendary Native American Wars in the 19th century, even from the White House. Chief Red Cloud, analyzed in a brilliant way the situation at that time, however his people succumbed under the pressure of the new rulers.

The visionary view of Chief Henry Red Cloud
The visionary clear view also characterizes his grandson Henry Red Cloud, who is facing the consequences of the historical development and social hopelessness of the Native Americans. His quest for answers and his own healing are accompanied by the sun. It has a central role in the spiritual life of the Lakota. The solar dance ritual is the most important, at the end of the year. Based on his own background, he is working for a better future for the Lakota community “Pine Ridge”. From his visionary view and with respect for “Mother Earth”, methods are being developed that can be of a great value in the West. For his work and commitment he received numerous national and international honors and awards over the years, such as the Global Energy Award, which was awarded in Vienna. Bill Clinton and his Foundation support the work of this pioneer, just as president Obama, who supports a scholarship for Henry Red Cloud’s activities. Currently he is the head of one of the few companies owned for 100 percent by Native Americans, the Lakota Solar Enterprise. Based on this company and on many other projects, this creates new opportunities for education and development for the people of Pine Ridge, which would otherwise be virtually impossible.
He admits:
“We cannot change what happened. But we can learn from it, look ahead and move on for our children and for a better world.”

Chief Henry Red Cloud makes also the dream come true of his ancestors, by the virtually extinct bison to return to the area around the Black Hills.
“The return of the bison means healing for the Lakota in many ways: spiritually, physically, mentally and also the environment is healthy again.”
In addition, Chief Henry Red Cloud will be the guest of honor during his trip to participate in the largest Native American drumming event in Bad Gögging in Germany.

History
Chief Henry Red Cloud is a 5th generation direct descendant of the famous Lakota Chief Red Cloud, who received a lot of respect during the legendary Native American Wars in the 19th century, even from the White House. Chief Red Cloud, analyzed in a brilliant way the situation at that time, however his people succumbed under the pressure of the new rulers.

Dolores Cannon: The 3 waves of volunteers