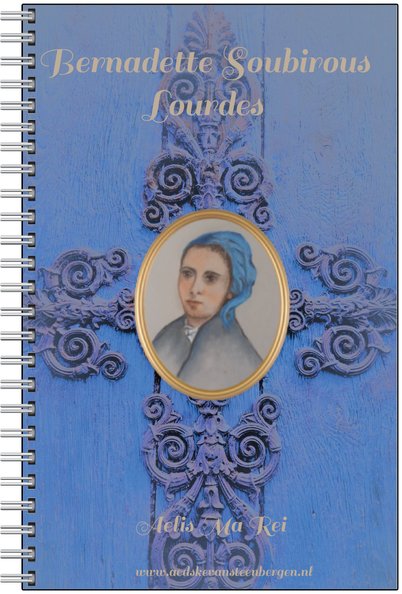 Bernadette was born in France was a sickly child lived and lived in extreme poverty. On 11 February 1858, Bernadette, then aged 14, was out gathering firewood with her sister Marie and a friend near the grotto of Massabielle when she experienced her first vision. While the other girls crossed the little stream in front of the grotto and walked on, Bernadette stayed behind, looking for a place to cross where she wouldn’t get her stockings wet. She finally sat down to take her shoes off in order to cross the water and was lowering her stocking when she heard the sound of rushing wind, but nothing moved. A wild rose in a natural niche in the grotto, however, did move. From the niche, or rather the dark alcove behind it, “came a dazzling light, and a white figure”. This was the first of 18 visions of what she referred to as aquero, for “that”. In later testimony, she called it “a small young lady”. Bernadette returned to the grotto and knelt down immediately, saying she saw aquero again and falling into a trance. On her next visit, she said that “the vision” asked her to return to the grotto every day for a fortnight. This period of almost daily visions came to be known as “holy fortnight.” Initially, her parents, especially her mother, were embarrassed and tried to forbid her to go. The supposed apparition did not identify herself until the seventeenth vision. Although the townspeople who believed she was telling the truth assumed she saw the Virgin Mary, Bernadette never claimed it to be Mary, consistently using the word aquero. She is a symbol of modesty and simplicity.

She described the small young lady as wearing a white veil, a blue girdle and with a yellow~golden rose on each foot. 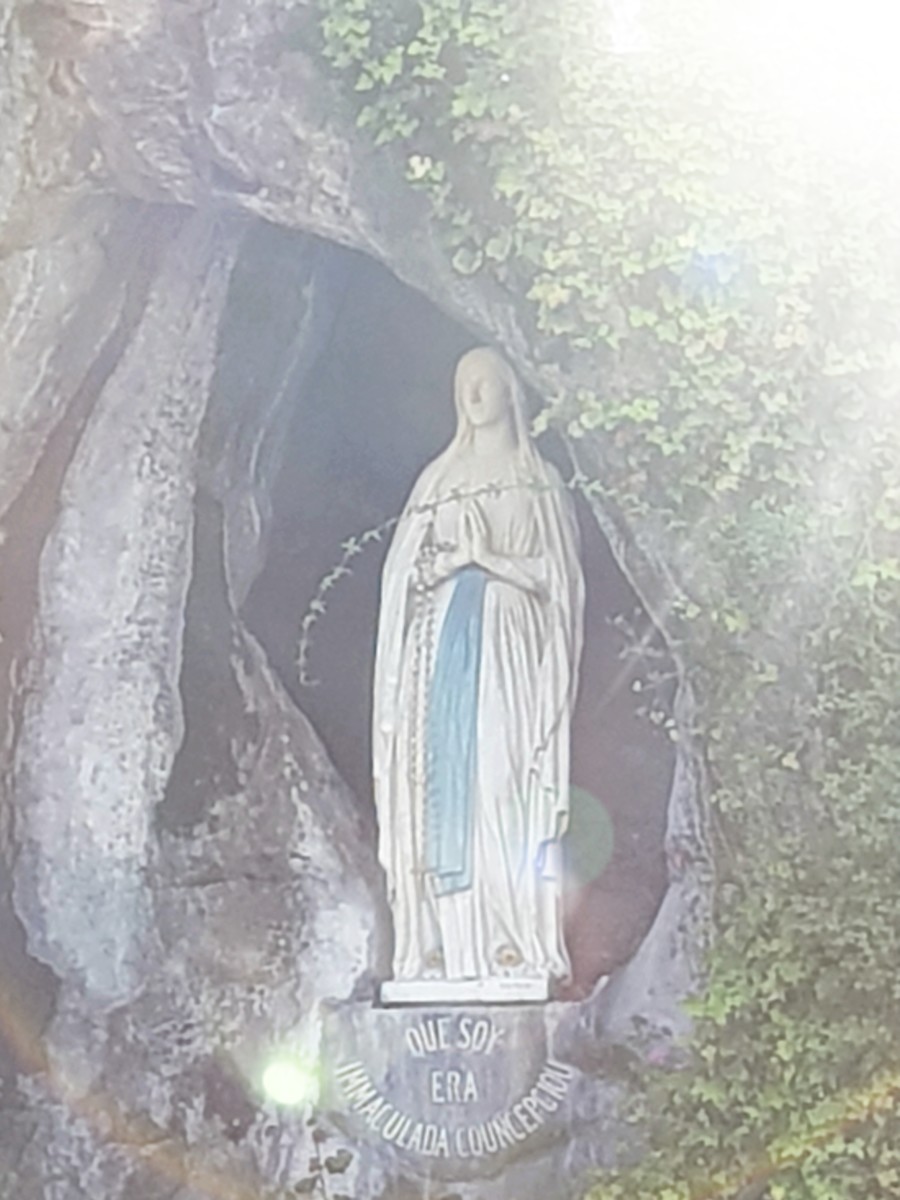 “Love without suffering does not exist”.

Letters written by Bernadette and send to her family and clergy.

Live at the Holy Grotto in Lourdes for your prayer Intentions.